On Monday, October 28th, members of charity organization Serbs for Serbs from New York organized a “Football tennis from the Blocks” tournament together with the owner of  The Ground in Chinatown, Manhattan. Fans of soccer gathered from all sections of the Big Apple to compete in this mini-tournament and help socially impoverished families with many children. Eight teams and 16 contestants competed, and we were able to collect $610 in donations. 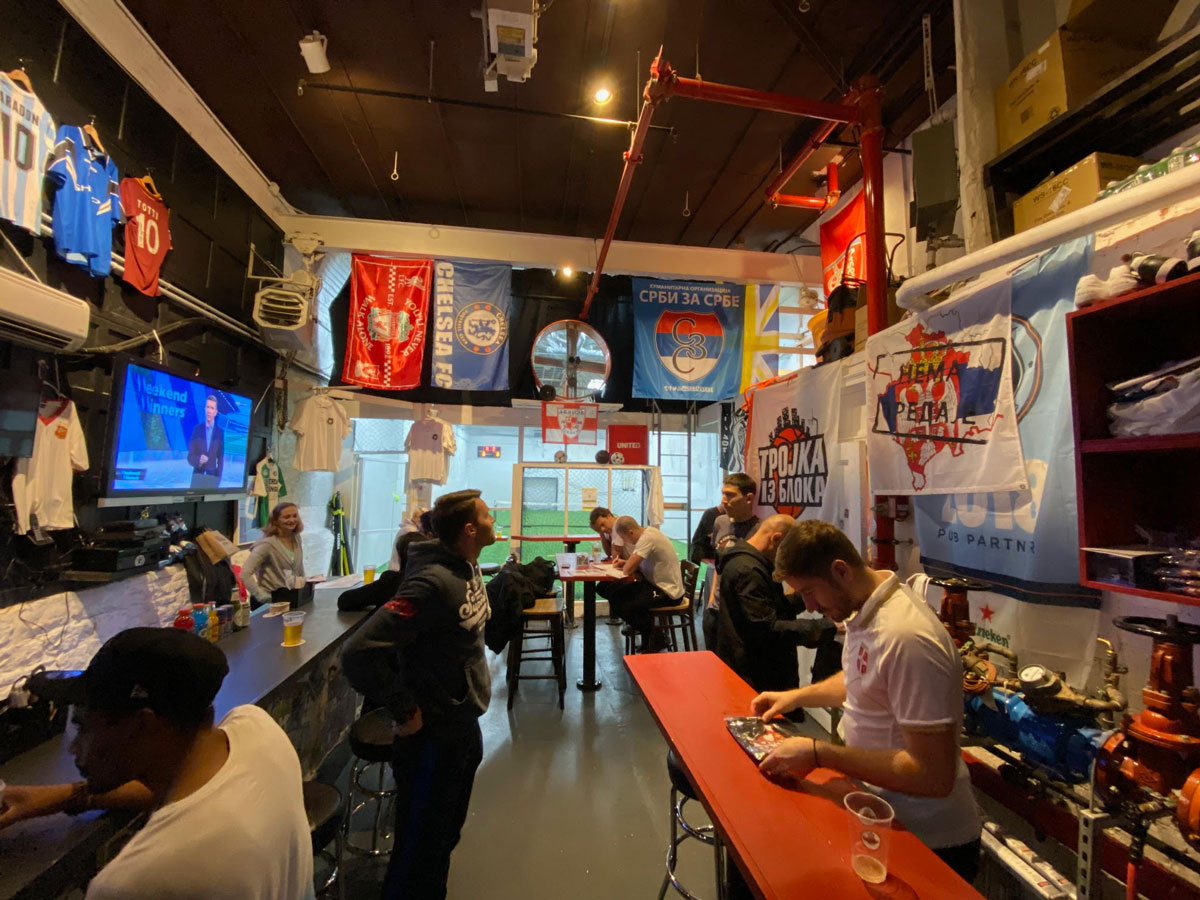 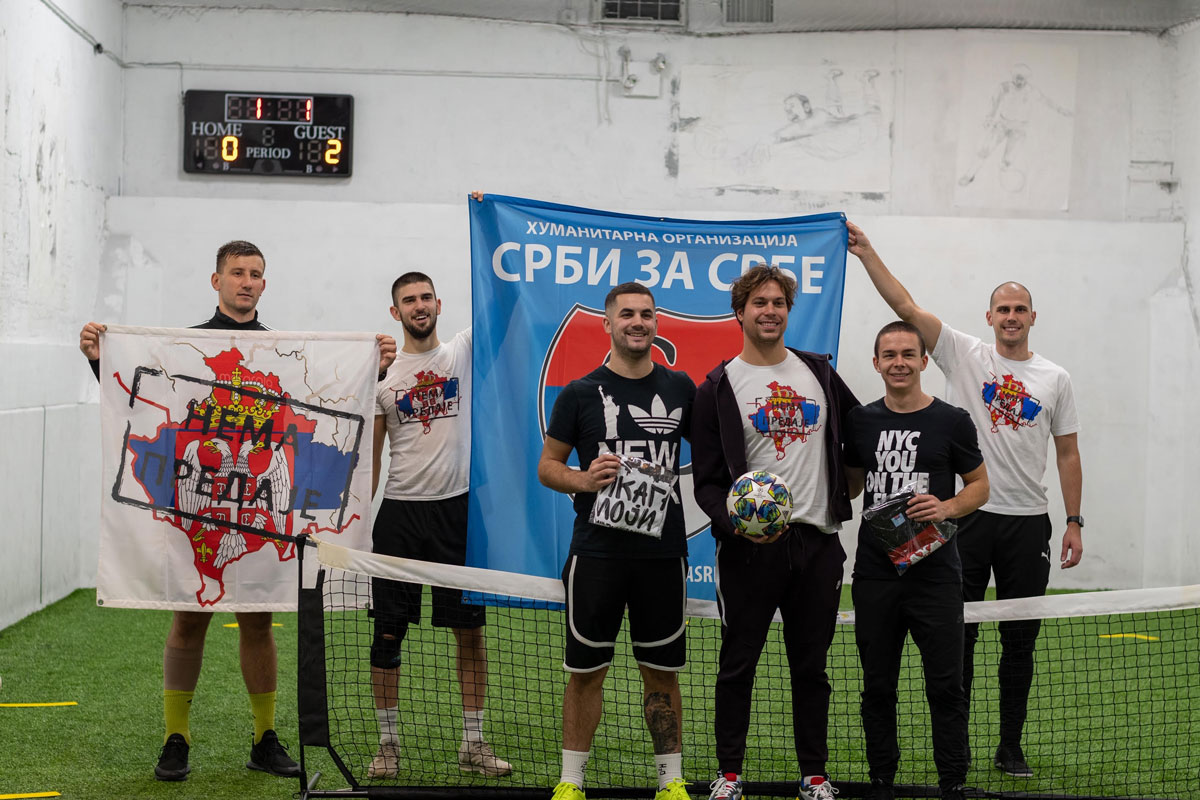 In a huge and nail-biting final, the first place was deservedly won by the Paja and Jare team in a tie break by a score of 22:20 in the third and final set. The second place went to the team 1244, while the third place was won by Dumbo moving.

In a nail-biting final, the first place was deservedly won by the Paja & Jare team, with a tie-break 22:20 win in the third and final set. The 1244 team won the 2nd place, whereas the Dumbo moving finished third. 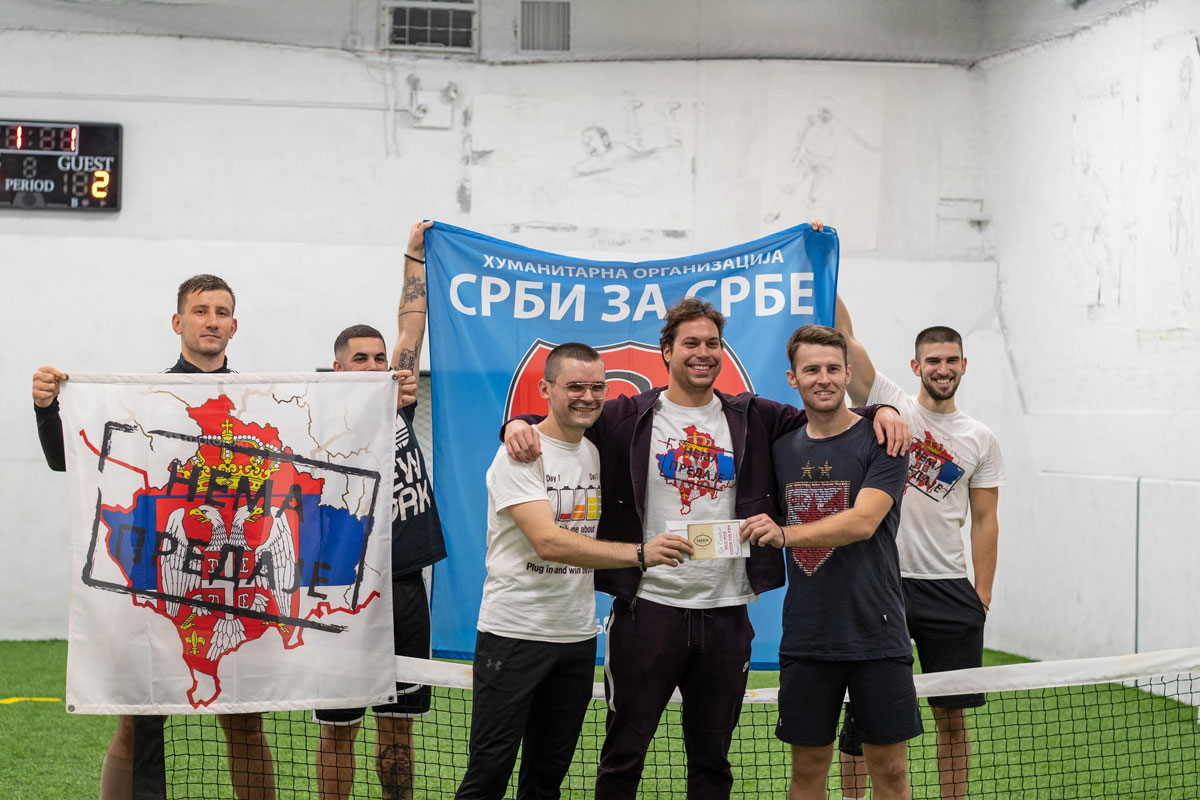 We owe much gratitude to Boris, Marius, and Paul, owners, and managers of The Ground, the first indoor soccer facility in downtown Manhattan. Also, great thanks go to the owner of the restaurant Kafana, Vladimir Ocokoljic, who donated the first place prize, Balkan Wine Project who donated the second place prize. We would also like to thank contestants and guests who helped this event take place and who contributed to the organization with their donations. 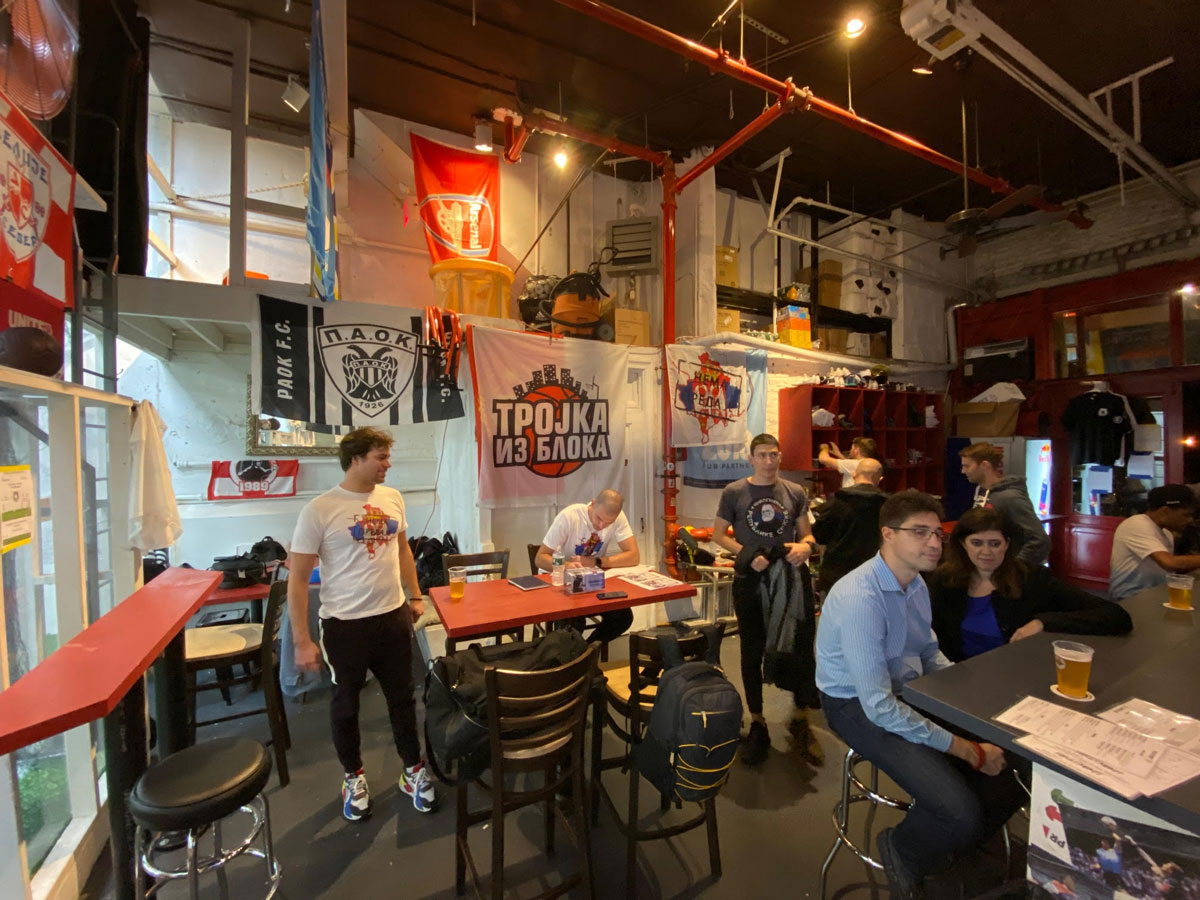 Three-pointer from the Block in New York...